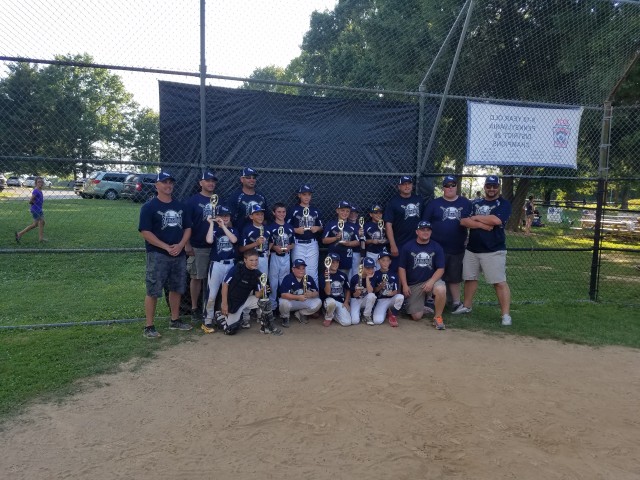 The Saxonburg 9u Travel Team whose head coach is Ben Allison won their second tournament of the year at Freeport this past weekend.

The team is now 9-0 in Tournament play and also won the Saxonburg home tournament.

The team this weekend earned the number one seed by defeating Freeport 9u 12-5 and Greenfield 18-0 in the seeding round. The team then played Greenfield again in the elimination around winning 14-4. In the semi finals the team found themselves facing the Freeport 9u team again winning 11-3. The finals had the team matched up against Riverside and after a close couple innings the team rallied beating Riverside 14-8!

The team outscored their opponents 69-20 over the course of the tournament. Great job boys and coaches! Good Luck in Deer Lakes!!!